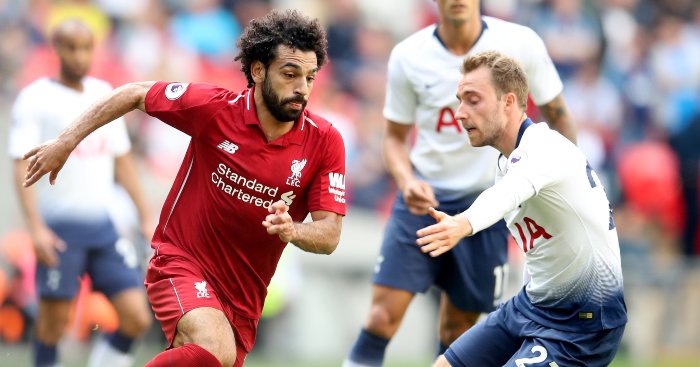 Liverpool are ‘relaxed’ over Mo Salah. Leicester are turning down Christian Eriksen. Josh King is moving.

CHRISTIAN BELIEF
Say what you want about Leicester but they are certainly playing the part. After being linked with apparent Arsenal target Martin Odegaard, the title-chasing Foxes have entered the Christian Eriksen conversation.

No sooner have they left it, of course. An ‘inquiry’ was made last week about the Dane and while Inter Milan were receptive enough to a loan deal, they did point out that his entire £300,000-a-week wage packet would have to be covered.

Leicester, rather understandably when you consider their pay structure has Jamie Vardy as its highest-paid player on roughly half that amount, ‘balked’ at the suggestion.

The Daily Telegraph say a deal could only be ‘revived’ in the event that Inter agree to cover some of the expense. Leicester might just have to win the title without him.

MO PROBLEMS
Liverpool are letting that particular crown slip, slide out of their grasp. Burnley ended their unbeaten home Premier League run at 68 on Thursday evening and Jurgen Klopp admitted “I cannot decide if we do something in the transfer market or not”. That is FSG’s decision to bear.

But not everything is about incomings at Anfield. The future of Mo Salah is a constant source of speculation, albeit one that The Athletic seem eager to clear up.

They report Liverpool as being ‘relaxed’ over recent rumours sparked by his own words. They don’t believe Salah will ‘push’ to leave this summer and have no intention of entering contract negotiations over an incentivised deal which expires in 2023.

Liverpool also think Salah’s recent interview with Spanish newspaper AS, in which he addressed talk regarding Barcelona and Real Madrid, was ‘a clear ploy’ by his representatives to speed up conversations over a new deal on Merseyside.

KING’S RANSOM
One player who could move as early as this month is Josh King. But while Manchester United were lurking this time last year, the clubs interested now are West Ham, West Brom and champion-slaughtering Burnley.

The Clarets are only ‘the latest’ to enter the running, according to Sky Sports, with the player ‘not demanding excessive wages in any potential move’.

The Sun adds that West Ham ‘have stepped up their interest’ and after having a £13m approach rejected by Bournemouth, could return with £16m in hand for a player whose Bournemouth deal runs out in the summer.

The Hammers, by the way, have pulled out of the race to sign Sevilla striker Youssef En-Nesyri after the Spanish side saw their £27m offer and requested something closer to £35m.

This is pretty much bang on.

Liverpool boss drops big hint over transfers, puts board in the spotlight